What if your world consisted of breeding and showing top quality dogs in the show ring? What if you became world famous for your dogs? What if you won top awards for your years of effort?  What if, you became known worldwide as a wonderful person with beautiful dogs?  Wouldn't that be something to be proud of?  What if this was your life’s work?  What if, at the end of this long wonderful career in which you have been known for your experience and your knowledge of what makes a good dog; what if someone took that all away from you? What would you call someone like that?

Anti-human hatred shown by animal rights terrorists has taken another victim, this time in Riverside, California. This shouldn't come as any surprise as Riverside is a hot bed of terrorism.  In my recent book, I covered an attack on a pheasant farm by members of the Animal Liberation Front.  An attack in which these activists caused animals to die. 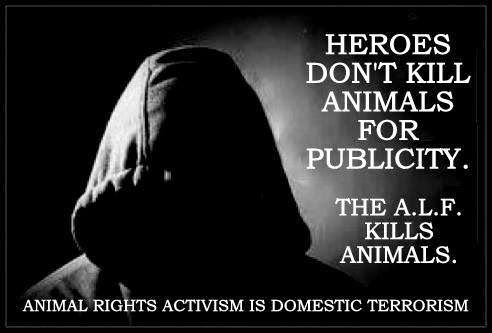 In July of 2014, a 92 year old woman and her two housemates lost their home to a fire. It burned down. They are now homeless. Luckily they were not harmed in the fire. But who else is homeless? Their 61 both retired and currently showing champion Shetland Sheepdogs. Under duress and with nowhere else to turn, Riverside Animal Control bullied this elderly lady into surrendering her dogs.  All of them.  Instead of helping this woman after a lifetime of achievement in dogs, all Riverside Animal Control could think of was how much money they could exploit from this situation and take advantage of this lady.  Isn't this elder abuse?

In the beginning, Riverside screwed up. They admitted to the media that the dogs were in excellent condition, with wonderful temperaments, and would be available for sale within three days. They admitted that they had hundreds of people lined up to buy these dogs at top dollar.  The pictures released by the media showed immaculately clean dogs.  Dogs that were of multiple colors but most importantly the white parts of the dogs were shining WHITE.  Then the blow-back started. 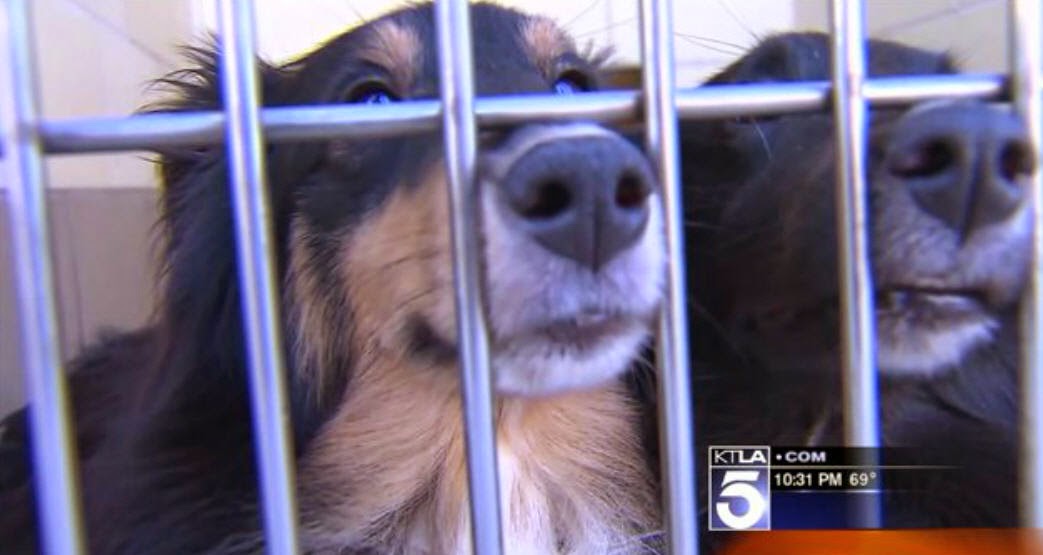 People came forward with legally binding contracts claiming ownership over a number of those dogs. As is typical in the show world, many champion dogs have several co-owners, and many breeders have contracts that forbid an animal shelter from taking custody of their dogs. If the primary owner can no longer care for the dog, by contract, it goes back to the original breeder, not to an animal shelter. This is standard practice among responsible dog breeders and shelters know this.  Riverside suddenly faced losing some of the massive profit they envisioned they’d rake in from this tragedy.  Now, in a two – faced turn around, they have suddenly decided to charge the 92 year old woman with animal cruelty and claim that she is an animal abuser in order to retain custody of property they obtained by coercion and under duress. Their claim for charges of animal cruelty was that some of the dogs needed "brushing" after the fire. Well excuse me! How many people reading this article wouldn't need their hair brushed after being rescued from a burning home? Since when is that animal abuse?


"Basically these dogs were fed, and nothing else was done for them."
Chief Veterinarian Dr. Allan Drusys, Riverside Animal Control.

Really? A top show champion had "nothing else" done for them? And we are supposed to believe that? Dogs that have been shown in the show ring tend to have their own personal staff fussing over them 24/7.  Animal rights terrorists love to lie to the public because most members of the public have never been to a dog show and have no idea how the dogs are treated there.  I'll give you a hint, show dogs are treated like royalty.  Dr. Drusys, who apparently loves pitbulls dead, rather than alive, smeared on the slander by stating that the show dogs were tick infested and "living in filth."  Really?  Then why did the media photos of the dogs look so immaculate?  How is a tri-colored dog kept white if its living in filth?  Check out this dog being rescued from the fire.  It is perfectly brushed and clean. 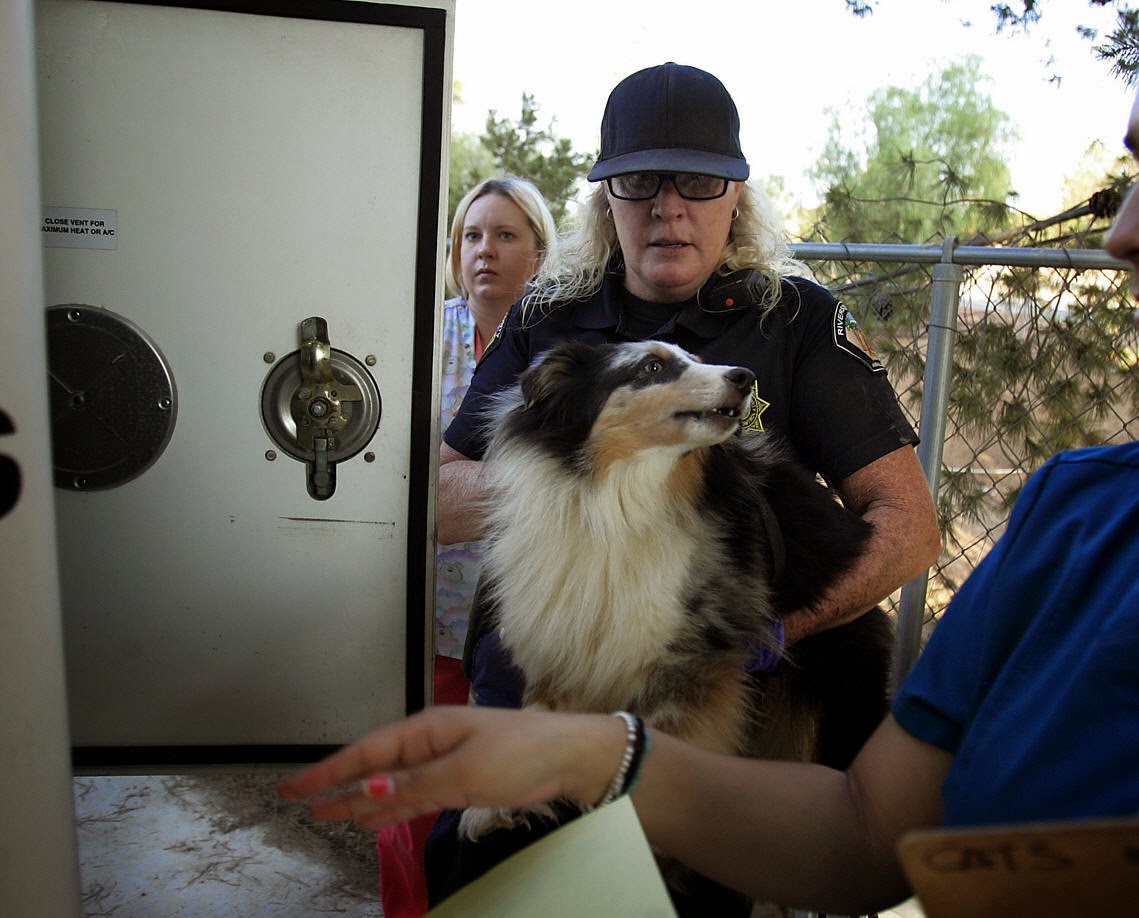 To add to the dung heap, rescue zealots claimed the dogs had never been groomed in their entire lives, had never seen a veterinarian in their entire lives and had never had any dental care.  If that was true, how did they earn a championship in the show ring and beat other competitors?  How did a Judge put these dogs up for awards if they had never been groomed, or never seen a veterinarian?  Answer me that one.   One rescue zealot even expressed the opinion that because the fire victim was a dog breeder, she deserves to become homeless.  Still others spread about the story that a "puppy mill" was busted even though none of the dogs were bred and there were no puppies.  Still others screamed that "no one can care for 61 dogs" ignoring the fact that 3 people lived there full time caring for the dogs and an external support staff assisted.  Boarding kennels regularly house hundreds of animals without anyone screaming that "no one can care for so many" why are dog show people being so vilified?   Rescue drama queens love to pile on the pathos in every situation in which a dog breeder is involved because it feeds their egos. Average Americans have no idea they are being lied too.


"There were 50 people waiting to adopt 20 dogs, and we probably had 200 people come to the shelter interested today,"
said shelter employee Kim McWhorter.


As I said, hundreds lined up to buy these dogs as they were sold off making huge profit for these rescue zealots.   Interesting how all of these people wanted a purebred champion dog at a bargain basement price instead of buying the usual mixed breed mutt that is available in most shelters.  Its doubtful that any of these buyers have an understanding of what a Shetland Sheepdog is, let alone how to care for one.

“I was second in line and I got mobbed and shoved,” said Renee Bengston
of Riverside. She said some might be overcome by the prospect
of getting one of the dogs without regard to the animals’ needs.

The story gets worse.  It turns out that evil Dr. Drusys who see's abuse everywhere he turns is infamous in California. He was also one of the forces behind AB 1634 (2007) and SB 250 (2009) that would have mandated spay and neuter for every single living cat and dog in California, making pet breeding illegal for the entire state.  No more puppies for you!  It's been said that by an amazing co-incidence, those who testified against Dr. Drusys's legislative efforts, then received 'welcome wagon visits' from local animal control nazi's having a little lookie-loo at their animals.  Can you say, retaliation?


Now contrast this situation with another one happening at the same time but in New Jersey.  Here in Riverside, California, you have an Animal Control Agency that has successfully stole 61 champion dogs who were in excellent health and condition and worth a massive pile of money and they are talking about charging the owner with animal cruelty for the sin of being a dog breeder.  That is her crime.  She was a dog breeder and shower.   At the exact same time as this poor woman had her house burn down, in New Jersey, real actual animal cruelty was taking place.

In New Jersey, an animal rescuer, was responsible for the deaths of over 300 animals and was caught with more than 60 live ones.  She deliberately killed 300 animals.  She brought them in, stacked them up in a basement and walked away and let them starve to death.  She had possession of upwards of 400 animals that she was storing on two different properties.  Her punishment?  Guilty of 1 count of animal cruelty and lots of calls for "compassion" for her, claims that she was "well intended," and asking for "leniency" in sentencing.  She got probation and a small fine.  She killed 300 animals!  What part of that isn't crystal clear?

Why is the Sheltie breeder being vilified and treated much worse than an actual case of real live cruelty to animals? Where is the heart for the 92 year old woman and her two housemates who spent their lives treating their dogs like royalty? Where is the helping hand? Where is the love and compassion for these three people burned out of their house? When will America wake up and understand that Animal Rights is ultimately a guise for anti-human hatred and full scale theft of property?
Posted by Katharine Dokken at 12:56 PM