When reading her name, the common reaction is WHO? When you say, "YouTube Shooter" you get more nods. Nasim Aghdam is the Iranian born San Diego vegan animal rights activist who opened fired at the YouTube headquarters in 2018. She shot and wounded three people before killing herself.

The mainstream media has focused on her grievance that she wasn't getting enough views on her videos and YouTube had stopped paying her. What they selectively hide or downplay was the content of the videos.

San Bruno police said that "the investigation is now looking into a website that appears to show the same woman complaining about YouTube stifling traffic and suppressing videos.

Censorship on all social media platforms is alive and well but animal rights terrorists get a free pass on just about all of them. Aghdam wasn't getting the attention she felt she deserved because she just wasn't very good. Like many people today, she was trying to make a living making videos of herself.  She was literally a cult of her own personality.   Trouble was, not enough people were buying her fantasy.   She made video after video ranting against YouTube and comparing her make-believe talents to Miley Cyrus or Nicki Minaj. She made such a good living at promoting herself on social media that at 38 years old she lived with her grandmother instead of working at a real day job.

Besides taking part in PETA protests over the years and making numerous vegan videos, she started a non-profit animal rights group called 'Peace Thunder' in 2011.  She appeared at numerous animal rights protests in California from anti-hunting and anti-fur to protesting at Sea World. 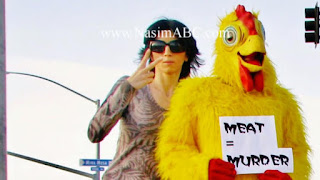 Her family became concerned when she suddenly left the family home, refused all contact with them and started apparently driving to YouTube headquarters. They reported her to the police as a possible threat. They told the police they were afraid she was going there to cause harm. San Bruno police had a chance to stop the shooting. They spoke to her just hours before she opened fire. But like most of law enforcement these days, they also give animal rights activists a free pass to commit whatever crimes they want. 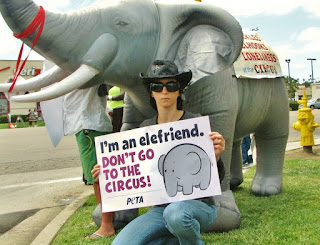 They deemed this killer wasn't a threat. A woman who posted pictures of herself in ninja gear and camouflage clothing and spent years filming and posting threats against YouTube just wasn't a threat folks!

It gets even better. The media tried to white wash her background from the start. News outlets reported the shooting as nothing more than a domestic violence incident from a scorned lover instead of the animal rights terror attack it was.

Besides constant ranting against YouTube she posted many disturbing pictures and videos showing her unhealthy obsession with a rabbit. It died shortly before the shooting which may have led to her meltdown.


'From a very young age I used to care about the animals and their welfare, and think about the source of meat and where it came from and I knew that the fried chicken on my dinner plate once was a beautiful yellow chick,' she told Vegan Idea World.

She even tried to make money off her rabbit's death by posting about it extensively and filming its 'funeral.'

It's highly ironic that the car she drove to YouTube headquarters sported a 'meat is murder' bumper sticker on it. Like many animal rights activists she believed the lives of animals matter more than the humans she went there to kill. PETA has also distanced themselves from Aghdam claiming she only participated in 2-3 protests.  Right.

When challenged with the truth about her violet threats and bizarre behavior, law enforcement tried to blame her family. They claimed that when she went missing, her father and brother didn't tell them anything about her plans.  The family disputes this.

A woman who identified herself as a family member but would not give her name said Aghdam had been angry with YouTube for nearly a year because she felt the company was keeping her from spreading a message promoting a vegan lifestyle. Relatives called police to warn them about her frustrations.“They said she was angry at YouTube, so be careful,” the woman said, adding that police promised they would monitor Aghdam, “but they didn’t.”

Posted by Katharine Dokken at 8:53 AM